What We Could Do With Your Money 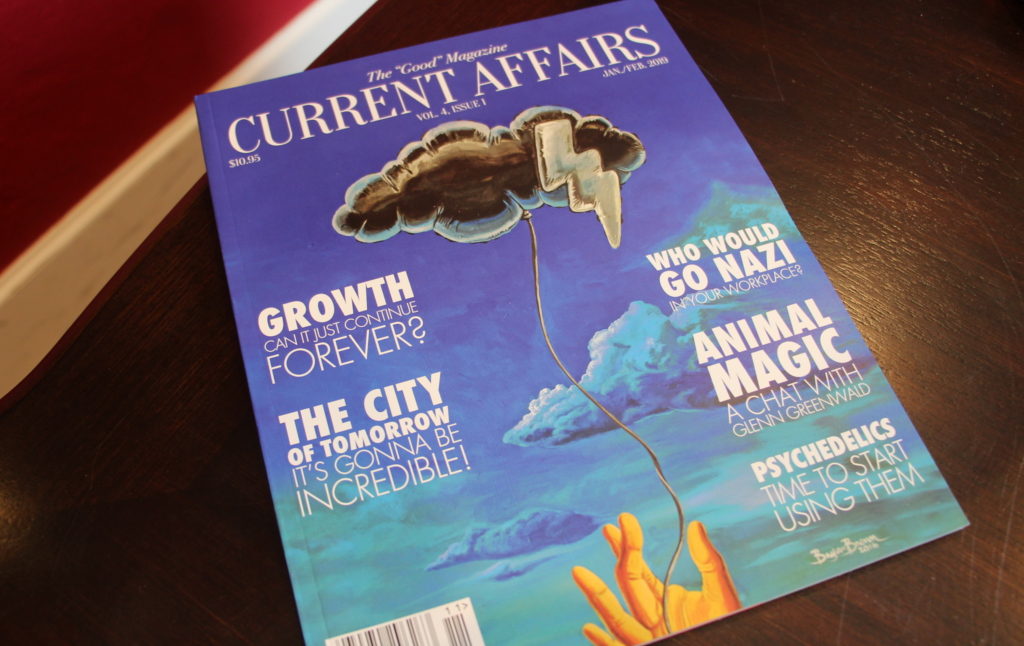 With your help, we will spread joy and destroy the right…

I don’t know if you’ve seen the print edition of Current Affairs, but you might want to have a look. In 2015, we started with a Kickstarter campaign that promised a colorful, thoughtful magazine of left political commentary. Since then, we’ve produced 18 issues, and in my opinion they’ve been quite remarkable.

Every edition of Current Affairs is designed to be filled with surprises and gorgeous to look at. We’ve hired some of the best political writers in the country, and articles are accompanied by beautiful original illustrations and cartoons. In a copy of Current Affairs, you will find serious and moving articles about important political and social issues. But there is also plenty of fun stuff, like games, puzzles, comics, and cut-outs.

In the newest issue of Current Affairs, for instance, there are articles about: how Alex Jones succeeds at terrifying people, the link between punditry and murder, why states have gone to war over water rights, why every country should be a “microstate” like Andorra, whether Ben Shapiro’s new book on “The West” is any good (it isn’t), which jobs are “bullshit jobs,” and the bizarre utopian “worlds without men” dreamed up by 19th-century feminists. You’ll also find a special diorama, a board game, a diary, a little story, and some fraudulent columns from a famous Pulitzer-winner. Plus an exclusive interview with the Noam Chomsky! (Subscribe now and you’ll get immediate access to the digital version of the issue.)

We’ve managed to produce a cool, substantive print magazine, and we’re steadily making it better and better. What’s more, we’ve done it all solely by relying on the support of our readers. There are no ads in Current Affairs, except satirical ones or ones asking you to buy more copies of Current Affairs, and we don’t do that thing where a box pops up asking us if we can sell your data. We don’t have venture capital money, or big investors of any kind. We just have you, and your subscription dollars and small donations, and that has enabled us to rent a two-room office in New Orleans and grow bit by bit. For the first two years we had one full-time staff person, me. In January, we hired a second one. Next month, we’re hiring a third. Our editorial board, who own Current Affairs collectively, are all volunteers and have put in countless uncompensated hours to make this magazine succeed. (However, we always pay our writers and artists for their labor.)

It isn’t easy putting out a nationwide print magazine when you’re just a couple of people in a room. Sometimes people email to ask why we haven’t covered X or Y important topic, and the answer is: because we’re tiny. How I dearly wish we could, but we’re still at the point where I lay out all the pages of the print edition myself. Someday, we’ll have a full reporting staff and page layout editors and the same kind of resources that other magazines have. For now, we’re doing the most we can, and I rarely leave the office!

There is so much more we could do, if we had some money. We’re working on building a formidable left alternative, something that would genuinely compete with miserable mainstream outlets like MSNBC, FOX, and the Economist. This will take time, possibly decades, but the more subscriptions and donations we get, the sooner Current Affairs can expand into a major independent media institution.

Let me tell you a bit more about what our limits are, and what we could do, so that you can see why we need your help, and will hopefully consider doing what you can to support Current Affairs. First, we publish a lot of excellent political commentary, but we can’t afford to publish much actual original journalism. It just requires too much money. Sometimes that’s just the price of a plane ticket, but it’s more than we can afford. When we have been able to do it, the results have been excellent—read, for example, Malaika Jabali’s “The Color of Economic Anxiety,” which talked to Black voters in Milwaukee about the way they have been neglected by the Democratic Party. It’s the only article we’ve been able to publish of hers, because the travel required more money than we can usually afford. Brianna Rennix has produced excellent firsthand accounts of the immigration situation at the U.S.-Mexico border, but we’re able to get that from her because she happens to work there as an immigration attorney. Nick Slater has produced extraordinary travelogues of Palestine, but only because he was there anyway (including for his honeymoon). If we had the budget, I’d send him all over the world to do socialist travel writing, and you’d be mesmerized by the results!

You don’t see the stories that don’t get covered, by definition, which has made it hard to convey how much journalism has been lost through the decimation of local newsrooms. I can tell you that here at Current Affairs, we have had to pass on some potentially exciting exclusive stories, because we don’t have the fact-checking or reporting resources necessary to actually pursue a “big” story. I hear all the time about stories that nobody knows about. Corporate misconduct, malfeasance by top law firms, internal dysfunction in a major labor union, corruption in a large school district, abuse in a prison. I wish we could investigate and report. We can’t… yet.

There are so many topics our readers have asked Current Affairs to cover. But our budget is tiny, and because we’re committed to paying for all writing, we can only commission and publish work in a small trickle. We can’t do infographics or animations or hire photographers. If you have a look at our magazine, I think you’ll be impressed by what we’ve been able to do with a few thousand dollars per issue. But we could be far better. We could be a monthly instead of a bimonthly, have coverage of literature, film, and music, and expand our page counts.

That’s honestly just the beginning. We want to do so much more with Current Affairs. YouTube, for instance, is dominated by right-wingers, and while there are some excellent lefties, Current Affairs could be producing high-quality video essays explaining left ideas clearly and compellingly, and destroying terrible right-wing arguments. We’ve already tried out a couple of these—here’s me deconstructing Brett Kavanaugh’s senate testimony and Tucker Carlson’s lies about immigrants, and here my colleague Eli Massey and I discuss Joe Biden’s atrocious record. We want to do more. Not just with me, but with great left political writers and activists from around the world. And we’d like to do different formats: a weekly panel discussion (like Bill Maher’s Real Time, but watchable) and in-depth conversations (like Dave Rubin’s Rubin Report, but intelligent). Alex Jones has announced that he’s aiming to have 24/7 InfoWars coverage soon. We can’t let him be the only one. For too long, conservatives have successfully built an online video presence by offering people “smart” conversation and then feeding them cheap talking points. We want to give them the real thing. We’re bubbling over with ideas for fun video series, from animated series for children to amusing explanations of political philosophy to a socialist introduction to the basics of cooking well cheaply.

Current Affairs has already put out a number of books, both collections of our essays and stand-alone volumes. Superpredator and Trump: Anatomy of a Monstrosity are deep dives into the records of America’s most reprehensible political figures. The Current Affairs Mindset collects delightful essays from some of our best writers, while Interesting Times compiles the best of my own work. The Current Affairs Rules For Life demolishes right-wing blowhards like Jordan Peterson and Tucker Carlson, while The Current Affairs Big Book Of Amusements is full of games and comics from the magazine. We haven’t been able to afford to promote these books, and not many people have read them. But they’re very good, and if we had full-time staff operating our publishing arm we could do many more excellent books expanding on the themes in the best Current Affairs articles. They’d be full of beautiful artwork and you’d have a blast reading them.

How many other dreams I have! We will do online courses, and syllabi so that you can start your own Current Affairs reading groups. We will have a speakers’ bureau so that you can book smart and entertaining lefty speakers for your school or at your event. We will run writing and political organizing workshops. There will be an annual subscribers’ retreat. We will produce model policy documents and think tank research papers, open bookshops with delicious coffee, and finally get our magazine into airport newsstands. We will do more live shows, each with commemorative souvenir programs. We’ll sell branded cufflinks. We’ll build a giant ferris wheel that everyone can ride for free. I don’t know. I’m getting carried away. All I’m saying is: The possibilities here are endless. We have an astonishingly talented team of people here at Current Affairs and I want to see what they are capable of if they have the time and money. We want to show you what we can do, but we need your help.

One reason I sometimes grumble about people who hold left values but are extremely wealthy is that I operate an organization on a shoestring budget, and I know many others who do too, and I know how much more we could be doing with just a bit more money. I think some decent people fail to realize just how useful their funds could really be. Every dollar you give us make us better. If someone gave us $150, we’d commission an online article with it. If they gave us $150,000, we’d hire three people full-time for a year to make excellent leftist political analysis and journalism. If some benevolent soul happened to gives us $1,500,000, I bet we could destroy FOX News forever. We have an excellent team of smart and committed young people, and there is no limit to what we can do. Every additional dollar is an additional step toward building a more humane and decent politics and transforming political media from intolerable to effervescent.

At Current Affairs, we love our readers. Our motto is: Subscribers Are Royalty. I love meeting subscribers when they drop by the office for a spot of tea and a chat. I am bad at replying to emails (sorry!), but I love reading the correspondence we get. People truly enjoy our magazine, and we are so grateful to everyone who has helped us get to this point. But if you know a way we can get more money, I promise you we will use it well. These are critical and dangerous times, and our little magazine has countless ways in which we can make things a little more bearable and make politics a little more sane and compassionate. If you know someone who is exasperated with the way things are going, but doesn’t know how to use their money well, tell them the best thing they can do is help Current Affairs hire more staff. We do not waste resources, and there are so many wonderful things that I hope you will soon see coming from our organization. Thank you so much, and please consider subscribing or donating. 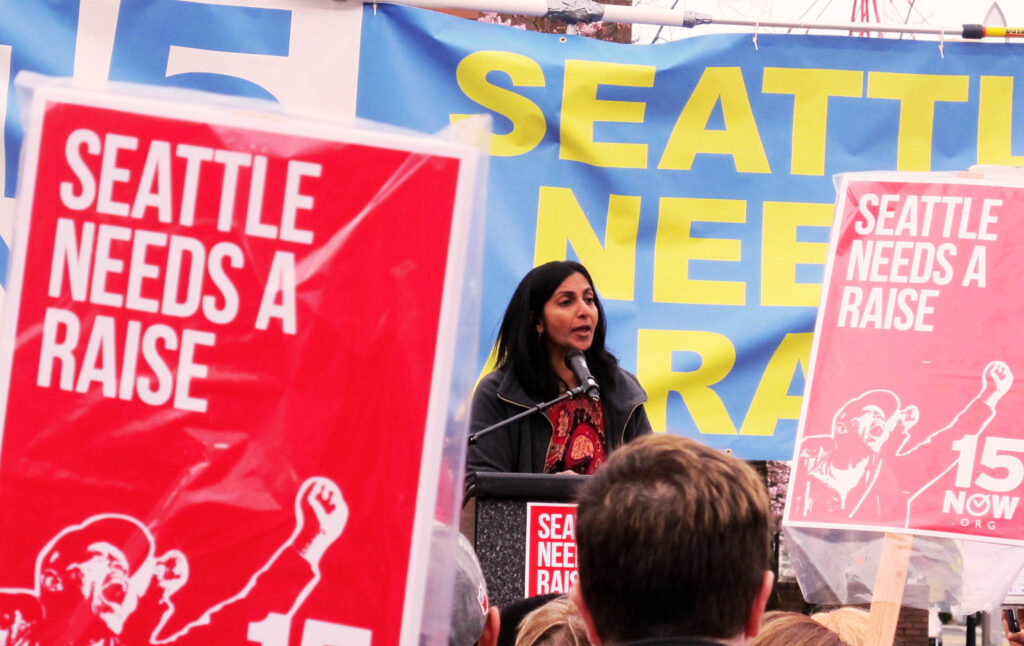 The Path to a Progressive America Runs Through The Cities 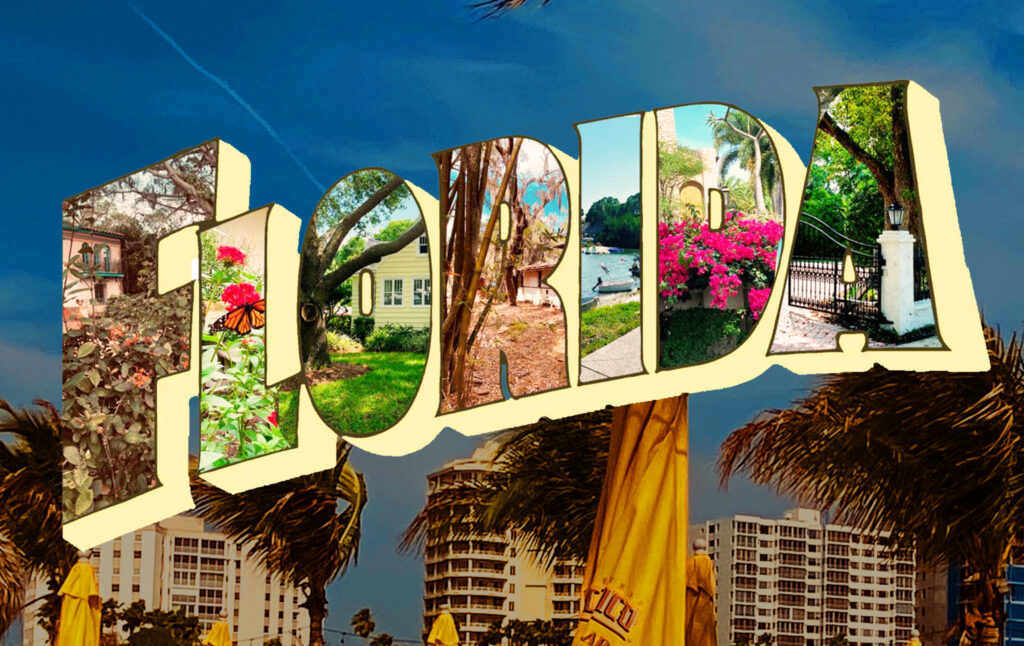 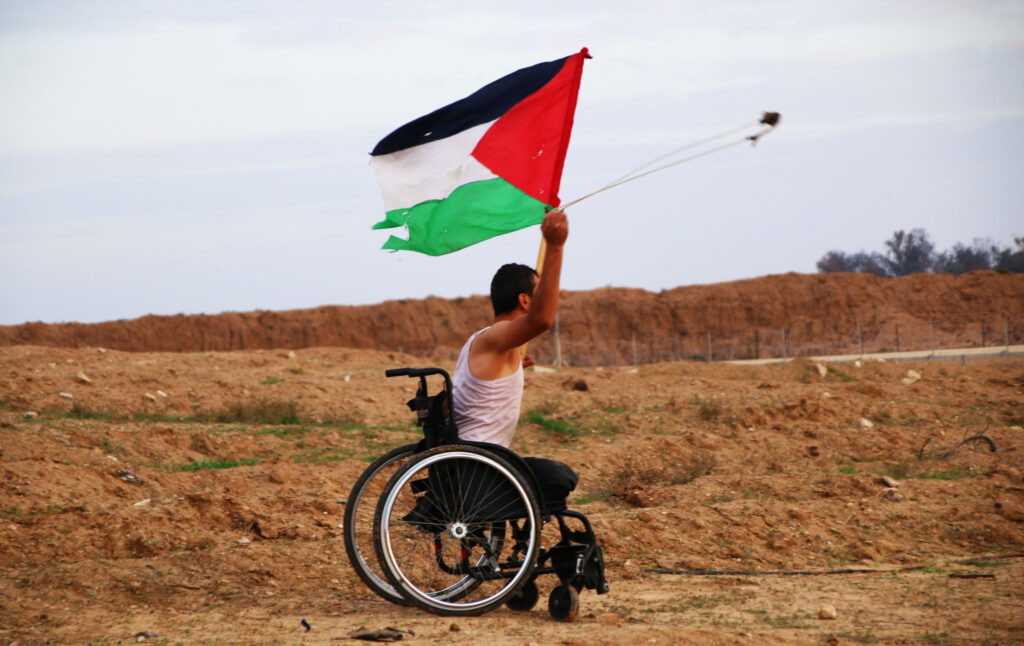 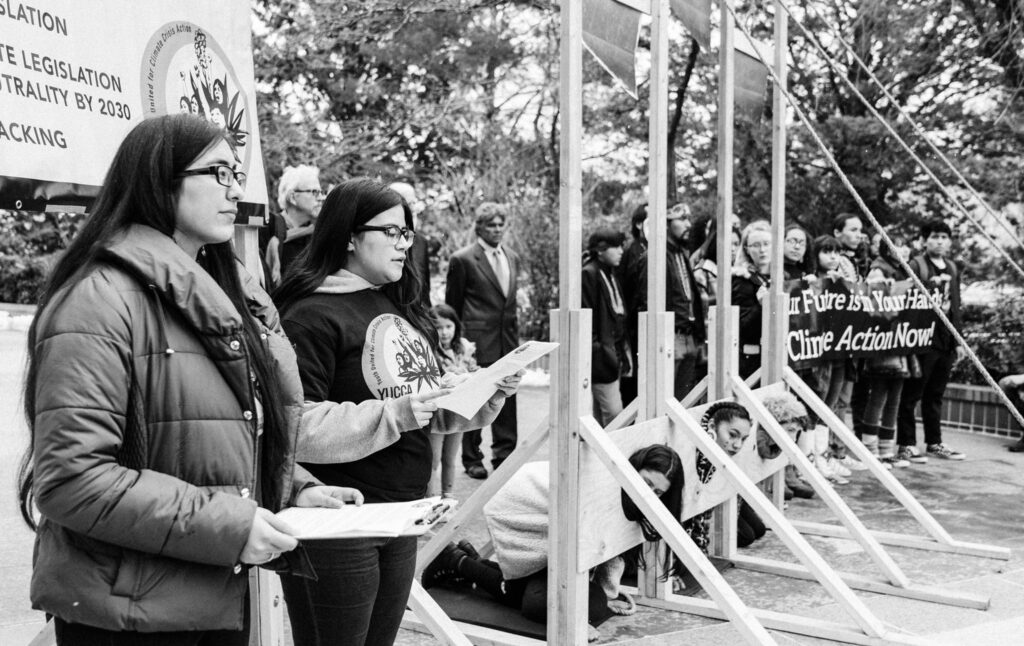