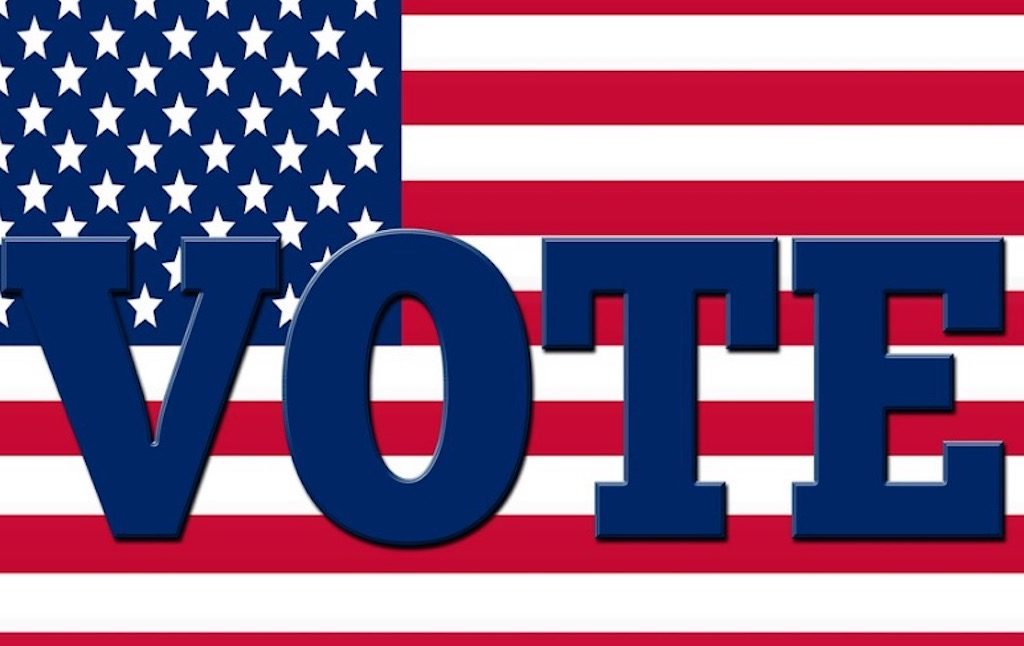 The editors discuss political dealbreakers, i.e., what would make them refuse to vote for a candidate even if they were great on everything else…

OREN NIMNI (LEGAL EDITOR AND INTERNET HEARTTHROB): I don’t really view voting as a thing that has to do with principles. It’s always a pragmatic lesser of two evils thing so I’m kind of utilitarian about it (not that I have or am allowed to vote, because I’m a Canadian citizen). If someone was great on a bunch of things but also terrible on immigration or criminal law stuff I’d still balance it out and just resist on the things they’re bad on. Willing to be convinced otherwise though (I mean, there are extreme things. Like genocide.)

SPARKY ABRAHAM (FINANCE EDITOR): Maybe I’m too taken with the idea of redemption. Like I’ve got literally nothing, no dealbreakers. Also second what Oren said about the lesser of two evils. There are probably circumstances when I would probably vote for even an unrepentant genocider if doing so would prevent an even worse genocider from getting power.

ELI MASSEY (BUSINESS MANAGER): Is there any point where voting confers legitimacy on a political system, or is it more like the political system exists (ceasing to engage with it doesn’t change that) and you should do whatever you can to sway things in the least terrible direction? Or are there instances when a mass voter boycott is justifiable and the right approach?

ABRAHAM: I never really understood the voter boycott thing. Paired with some other organized action I guess it could have some marginal effect, but I feel like half the voter boycotts I hear about mostly just end up being voter boycotts and then the really bad people have all the power. It’s kind of a “you come at the king you best not miss.” If you’re going to do a voter boycott you really can’t miss.

NIMNI: I used to think it did confer legitimacy—and there’s some good anarchist argumentation on this. But I think, practically, leadership is removed from democracy and even if very few people voted, the majority winner would still claim a mandate. So I think the better thing is to vote lesser evil and take a stance that voting gives no legitimacy (at least in the current world.)

MASSEY: “And if you vote third party, then you definitely can’t complain AND YOU’RE A RUSSIAN.”

As for the question of legitimacy: isn’t that just sort of a comforting fairy tale we tell ourselves? Seems like pretty cold comfort to be able to say someone is, in every material sense of the word, in power, but that we don’t accept their legitimacy. What does that get us other than smug self-satisfaction and this vague sense that one day the wrongs will be righted?

ABRAHAM: What does not voting and then claiming you have not legitimized them get you? Just seems like in either case voting isn’t really the thing making a difference.

MASSEY: Yeah, that’s fair. I’m definitely on board with a harm-reduction approach to voting, I just wonder if there aren’t circumstances in which voting might A) drain resources (time, energy, money rallying for a particular candidate) that might be better served on other things and B) force us into tacitly accepting morally indefensible concessions.

NIMNI: I think point A is a possibility we need to confront (although often the harm reduction outweighs the resource drain). I worry very much about voting sapping resources and political will. But that’s why I think it’s vital to frame a vote as what it is—very little. As for B, I don’t worry about that much anymore. Power can make the argument [that we have tacitly accepted morally indefensible concessions] but I’m not sure who it’s convincing.

LYTA GOLD (AMUSEMENTS AND MANAGING EDITOR): One of the problems with focusing on voting, especially lesser-of-two-evils issues, is that it ends up being a very individual, navel-gazing kind of question. As you guys said, voter boycotts are rarely part of some larger mobilization. Does it ultimately matter much who I vote for, either way? Probably not, I am just one person living in a blue state. My votes only matter on a local level. So I feel I do have the luxury of dealbreakers, in some limited contexts. I think I would never vote for someone who had been credibly accused of sexual assault (unless they had admitted it and done serious penance). Any other dealbreaker would be less about issues and more about history. A candidate can be pushed on issues; patterns of behavior are more challenging. Who they take money from is also more of a challenge.

VANESSA A. BEE (ASSOCIATE EDITOR): My dealbreakers would change based on where I live. All blue state? The list is long and thorny. Might write in Susan Sarandon just to mess with Debra Messing. Swing state? Would bite that Joe Biden bullet against Trump. Yeah. I would.

NATHAN J. ROBINSON (EDITOR-IN-CHIEF): I have a simple criterion by which I judge political candidates: Are the they Bernie Sanders, or are they not Bernie Sanders? If the former, I will consider voting for them. If the latter, it’s a dealbreaker. It’s a pretty simple test that I feel any candidate should be able to pass.

GOLD: Yeah this happened today, so… 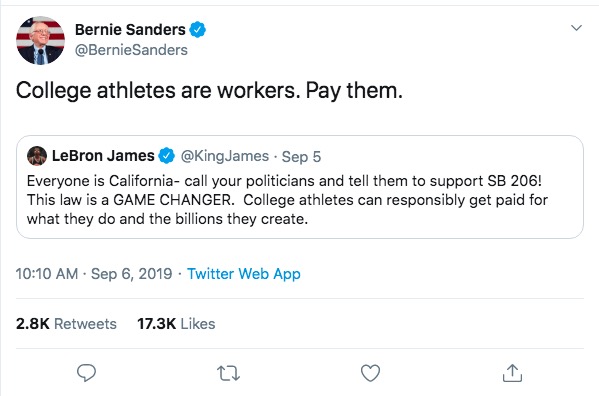 ROBINSON: Actually, in general, I agree with Oren. I don’t have explicit “dealbreakers” because I don’t think voting is an expression of my own personal values necessarily. Instead, it’s purely strategic. So I’d vote for a Republican if it were the likeliest way of keeping a fascist out of power. I don’t have explicit litmus tests for candidates ultimately, but I do think you should impose such tests in primaries in order to move them in your direction. I’m somewhat torn because conceding that you’ll vote for the “lesser evil” immediately is a bad idea, as it means you can’t effectively threaten a candidate with defection, but also you ultimately do need to fall in line sometimes.

CATE ROOT (ADMINISTRATIVE MAVEN):  Any discussion of voting strategies is basically moot with the slavery-protecting scam of the Electoral College still in place. I would generally say that I won’t vote for anyone anti-choice, but I seem to remember holding my nose and casting a ballot for the basically-a-fucking-Republican governor of Louisiana, John Bel Edwards, who is indeed less of a destructive leech than former Gov. Bobby Jindal. 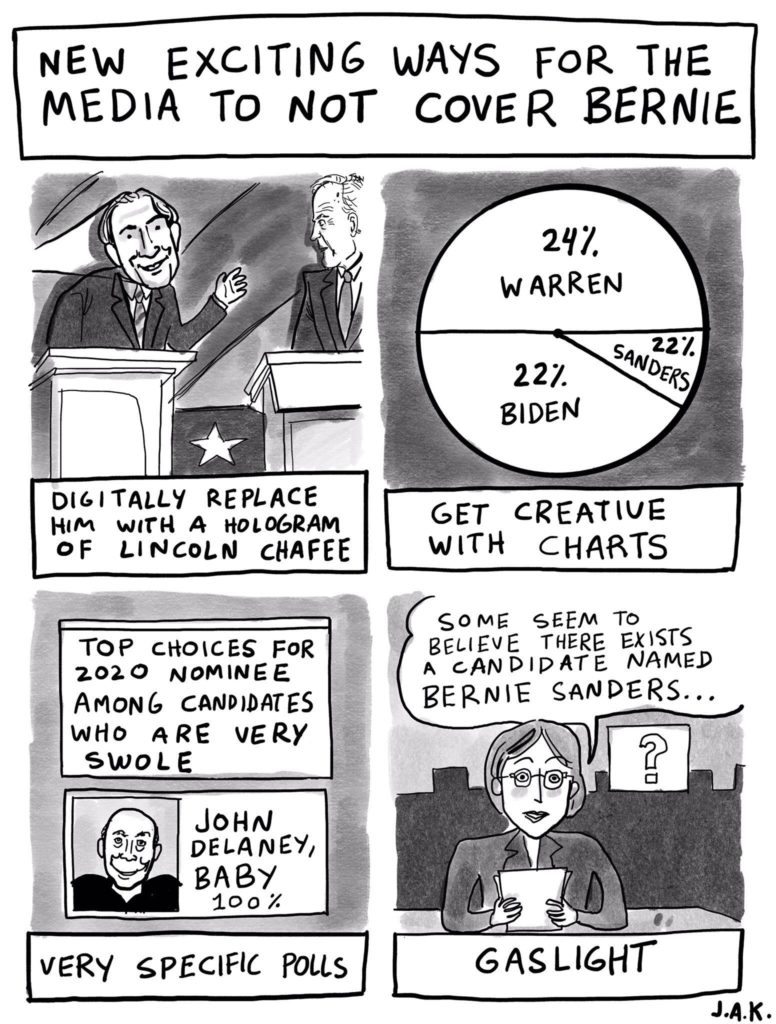