A 17-year-old Trump supporter named Kyle Rittenhouse has been arrested for first-degree murder after opening fire on a group of people during a protest in Kenosha, Wisconsin, leaving two dead and one injured. Donald Trump himself disavowed the killings, but some conservatives have defended Rittenhouse. Ann Coulter has been, predictably, the most extreme, saying she wanted the boy as her president. Trump-supporting former Major League Baseball player Aubrey Huff called Rittenhouse a “national treasure.” Arizona Republican Rep. Paul Gosas said that the killings were “100 percent justified self-defense.”

Anyone surprised to see parts of the right celebrating an accused murderer as a hero–or view this as a totally new, emerging fascist threat–should better acquaint themselves with the country’s history. From Andrew Jackson to the Kent State shooting to Chris Kyle, mass killers have often been celebrated by conservatives when they targeted the country’s official enemies. Even William Calley, who oversaw the My Lai Massacre in Vietnam, became a kind of folk hero back home in the United States, with a Top 40 song paying tribute to him. If you kill the “right” people, you’ll get a statue in your honor, and if Trump is reelected I would be shocked if Rittenhouse doesn’t get a speaking slot at the 2024 Republican National Convention. (Assuming there are still elections in this country by then.) Like Jamelle Bouie of the New York Times, I find the celebration of Rittenhouse deeply chilling, and a very bad sign for what a second Trump term would be like.

But I’d like to dwell on a particular type of defense of Rittenhouse made by Tucker Carlson and Ben Shapiro, one that casts itself not as the gleeful celebration of enemies being massacred, but as a neutral, Reasonable observation of Facts. Carlson and Shapiro stopped short of calling Rittenhouse a hero and declaring him presidential material (although it rather appears he does possess the skills and mindset required to reach the highest ranks of politics or the police force). Instead they said that what Rittenhouse did was predictable. Here’s Carlson:

“How shocked are we that 17-year-olds with rifles decided they had to maintain order when no one else would?

“The mob ruled in Wisconsin and chaos reigned in Wisconsin…It is a perfectly predictable response that you’re going to get people who, in vigilante fashion, decide that they’re going to go out and protect the private property of other people.”

Carlson and Shapiro would likely say that these statements are not celebrating Rittenhouse’s actions but merely pointing out a causal chain of events: when protests burn down businesses, there “will” be a vigilante response, and thus you can’t “be shocked” that a 17 year old with a rifle decided to “protect private property.” All I’m saying is, this is what happens.

Notice that these comments, while they present themselves as a mere neutral assessment of how one thing leads to another, actually try to shift responsibility onto the protesters for their own deaths. The shooter is treated as the inevitable consequence of the actions taken by the protesters. He’s essentially a force of nature.

What Carlson and Shapiro are saying, though, doesn’t actually reduce the shooter’s responsibility, any more than saying “if people violate Jim Crow laws, they get lynched” justifies lynching. The fact that in this country, there are many white people with guns who will kill without hesitation, is indeed a descriptive fact, but you can’t justify it by pointing out that it’s predictable. This is a common move in victim-blaming arguments: if the victimizer’s actions could have theoretically been foreseen, then the victimized person should have “known better.” Instead of placing the onus on the person doing harm to not do harm, the conduct of the person who “caused” the person to do that harm is scrutinized. (See the old “short skirt” excuse for rape and sexual assault.)

When multiple parties are involved in a situation that produces a tragic outcome, which people’s actions you see as “inevitable” and which you see as a “deliberate personally responsible choice” often depend on your sympathies and values. That’s why conservative “personal responsibility” rhetoric is applied to the decisions of protesters, but it isn’t applied to the police who shoot people and thereby cause the protests to spring up, or to the 17-year-old who grabs a rifle and heads across state lines so he can “defend the private property” of people who have never asked him to defend that property.

I’ve written at much greater length before about the way that protesters are singled out for blame, and why this is often a values-based decision presenting itself as scientifically neutral. We could say that it was “perfectly predictable” that protesters would burn down a corrections building after watching law enforcement shoot yet another unarmed Black man, especially given the ongoing deep frustration and economic immiseration that has been worsened by the government’s failure to contain the coronavirus pandemic. Personally, because I tend to be sympathetic to those who do not have very much and are not listened to by the political system, I share the viewpoint of Martin Luther King here, who viewed riots as the “language of the unheard.” He didn’t like violence, as I don’t either, but he also understood that it was wrong to focus excessively on the actions and choices of protesters rather than on the unjust situation against which they are protesting.

That doesn’t mean that protesters have no agency. I think they make choices and that some of those choices are bad—see, for example, these protesters heckling random diners at D.C. restaurants. But it does mean that, even though Republicans will cackle with derision to hear it said, looting is not solely the fault of looters. To see why, think about Iraq: the United States destroyed the country’s infrastructure including all of its basic governing institutions, and then a wave of looting began. To say that this was the fault of the looters is absurd. It was clearly the fault of the criminals who launched an illegal invasion. By zeroing in on the actions of the most powerless people, and erasing from the picture the precipitating acts committed by far more powerful people, conservative “personal responsibility” rhetoric is actually “selective responsibility.”

For the right, because they believe the status quo is good, oppressive conditions themselves are a neutral fact about the world, but those who challenge that condition are responsible for the consequences of their actions. Kyle Rittenhouse was merely a product of “society” while protesters’ choices are born of their agency and free will. We have to reject this framing: the fact that something is predictable doesn’t in any way justify it, and the people responsible for protests against police are the police, who could freely choose to commit less violence but have decided not to exercise their responsibilities responsibly. 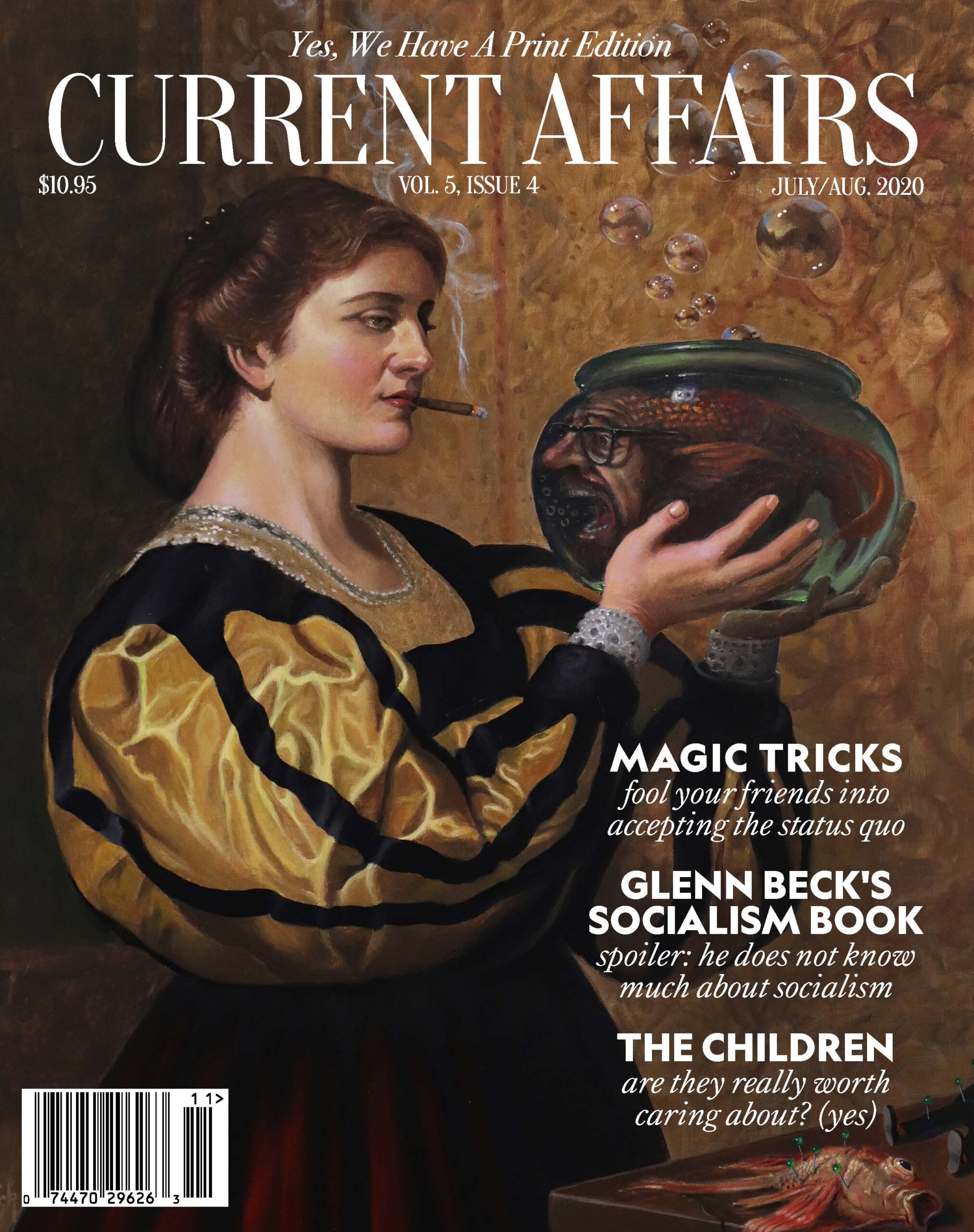