Sanders And Warren Need A Pact 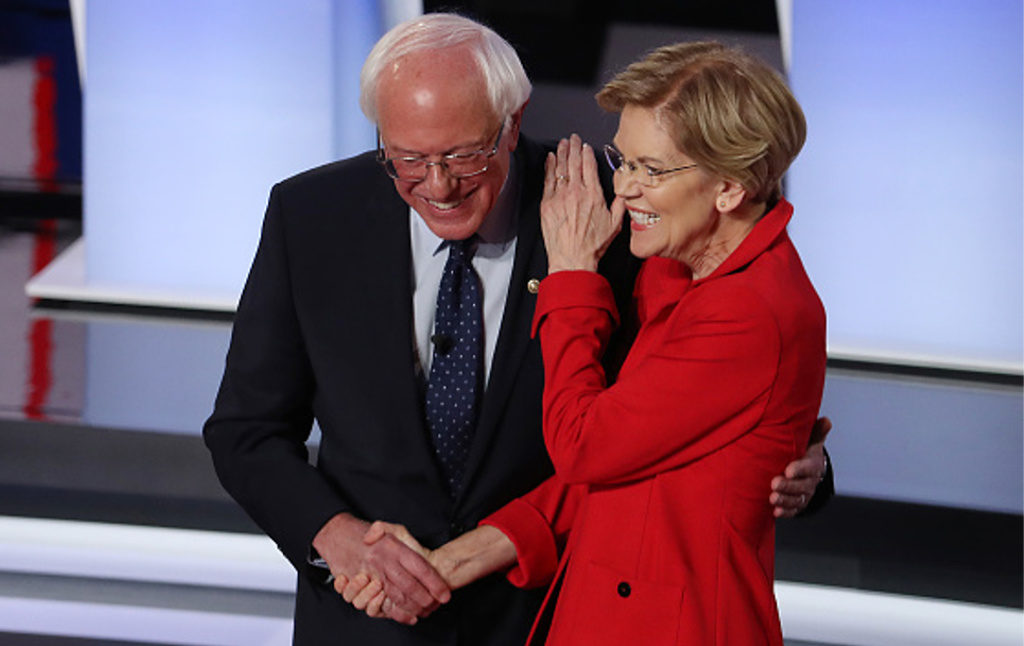 To avoid a Biden nomination, whoever loses the first 2/3 states should agree to be VP…

Between them, Elizabeth Warren and Bernie Sanders are winning the Democratic primary, and it isn’t close. Polls now consistently show that there are three frontrunners: Biden, Sanders, and Warren. Separately, both Warren and Sanders are about 10 points behind Joe Biden. Added together, they defeat him.

If you’re a leftist or progressive, Elizabeth Warren’s candidacy may be heartening to you. She’s rolling out a series of bold policy proposals, she’s doing well in the debates (“I don’t know why anyone goes to the trouble of running for President of the United States just to talk to what we can’t do and shouldn’t fight for” / “I’ve never met anyone who liked their health insurance company.”) Her campaign store is also winning the “merch primary” by selling adorable handkerchiefs with silhouettes of her dog. I have an instinctive liking for Warren, particularly because I love the Consumer Financial Protection Bureau and she worked hard to bring it into existence, pissing off Barack Obama in the process.

There are also reasons why leftists are skeptical of Warren. Despite her pledge to eschew big money donations, she has a history of accepting them, and has had her fundraisers hosted by billionaires and even the vice president of Nasdaq. She does not have Bernie Sanders’ lifetime record of strong left commitments—Warren spent the first four-and-a-half decades of her life as a Republican, saying she only left the party because they were no longer “the people who best supported markets.“ She stood and applauded when Donald Trump said the country would never go socialist, and has voted in favor of Trump’s military budgets. I also worry about having another “law professor president” because I think they understand more about writing policies than building power. Then there’s the political liability of her years of false claims about being Native American. (The worst thing in a race against Donald Trump is to have his criticisms of you be correct, because as you try to defend yourself he will look like the truth-teller and you the liar.)

But I, and many others I know, would still be much happier with Warren at the top of the ticket than Joe Biden, who has literally vowed that “nothing will fundamentally change” if he becomes president (and I believe him). Naomi Klein has pointed out, in her excellent essay discouraging people from tearing each other apart over “Sanders vs. Warren,” that both candidates are drastically different from the alternative:

Whether it’s Sanders’s stalwart support for Medicare for All or Warren’s plans to break up big tech, neither politician is primarily trafficking in the kind of win-win market based “solutions” that never ask the wealthy to give up much of anything at all. Both are saying to the multimillionaire and billionaire class: You have won enough, now you have to share so other people can thrive.

And, indeed, when Warren and Sanders have been on the debate stage together, especially during the CNN debate, they have seemed unified. And it felt good to watch. They didn’t attack each other, they stuck together and they were powerful together. I wanted that kind of unity to continue. As Klein said, the “very last thing we need is for the two strongest left/progressive candidates and their supporters to tear each other apart for the next eight or so months, in a desperate bid to discredit a perceived rival.”

Many of us have felt the same gnawing fear: What if Sanders and Warren undermine each other’s candidacies, splitting the progressive vote, and Biden gets nominated? That’s exactly what the poll results suggest would happen if the primaries were held today. And it would be calamitous for the fate of progressivism, because even if Biden won against Trump, the chances of him taking the kind of bold necessary action on climate change is negligible. We need to make sure that either Sanders or Warren wins, even those of us who have strong preferences for one over the other.

I don’t know what’s going on behind the scenes of these campaigns, but here’s what I hope is happening: Sanders and Warren have a pact. Whoever wins more of the first three states (or first five, or whatever), the other will drop out and throw their support behind the victor, with a firm agreement that they be the Vice Presidential nominee. It needs to be Sanders/Warren or Warren/Sanders. The only debate should be about which of them takes the top of the ticket, which can be resolved by choosing to honor the results of the first few primaries.

It’s not clear that this kind of deal would favor or disfavor either of them. It gives each a fair opportunity to win, while negating the risk of destroying each other. Of course, one may think that neither candidate should be willing to concede so early: Why should Bernie, after building a formidable campaign apparatus in 2016, radically changing the policy conversation, and becoming the de facto leader of the party’s left wing, agree to second place? Why should Warren not be allowed to complete her full run? The answer may be an unsatisfying one: because the risks are too high. Besides, the contest is a reasonable test: If Sanders loses two out of the first three states, he is no longer the obvious progressive standard-bearer. If Warren loses the first two out of three, her campaign has not grown strong enough to where she should be trying to eliminate the most popular left politician in the country and risking mutual self-destruction.

Importantly, though, this needs to not be an agreement that the other candidate will “drop out.” It’s an agreement that they will be VP, and will be part of a unified campaign. I would not want Bernie Sanders to ever contemplate withdrawing if Warren had not offered him a guarantee of VP status, because I do not trust Warren to be far enough to the left without the influence of Sanders. This must not be a “second banana” role.

I am worried that the candidates will not make this kind of tacit agreement, because each of them is competitive and is “in it to win it.” But if their inability to make an agreement did “split the progressive vote” and result in a Biden presidency (or worse, a Biden loss to Trump), it would be a catastrophe of earth-shattering proportions. I dearly hope they are selfless enough to recognize this and sort things out accordingly. 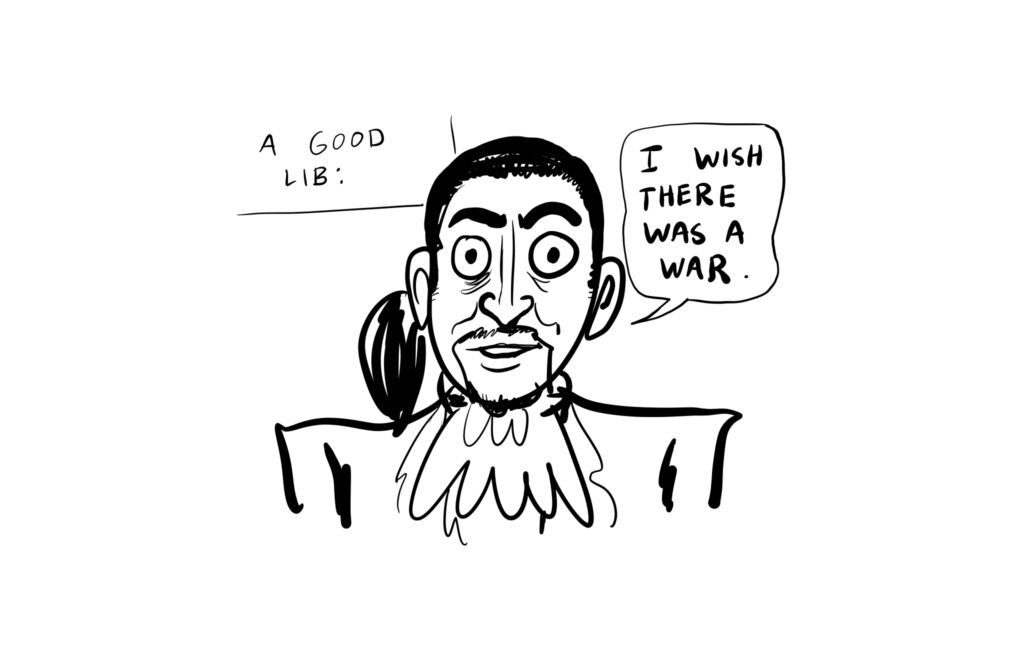 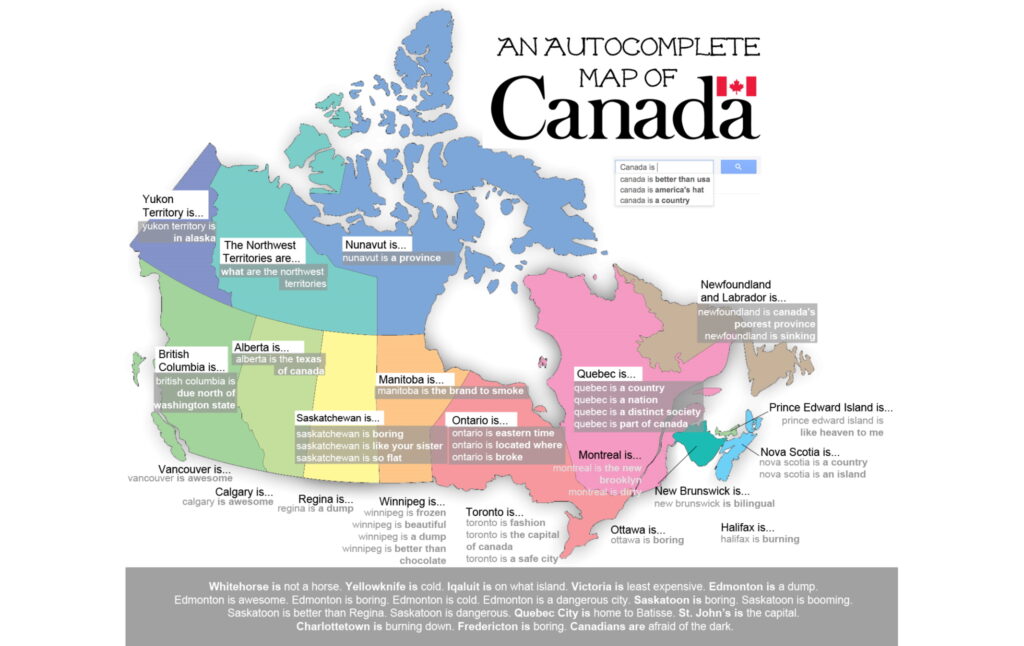 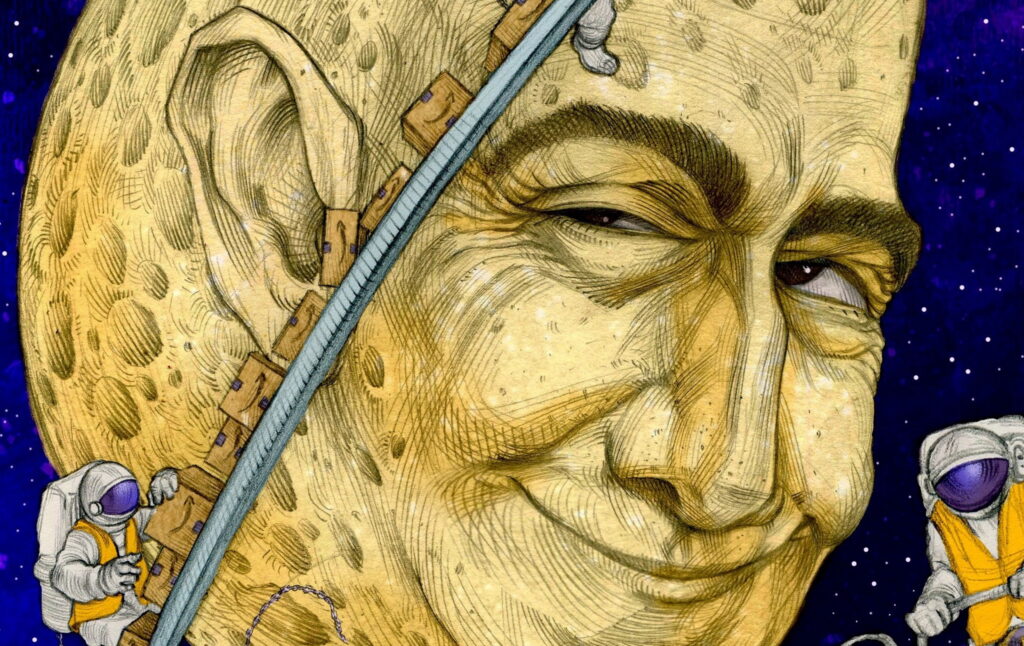 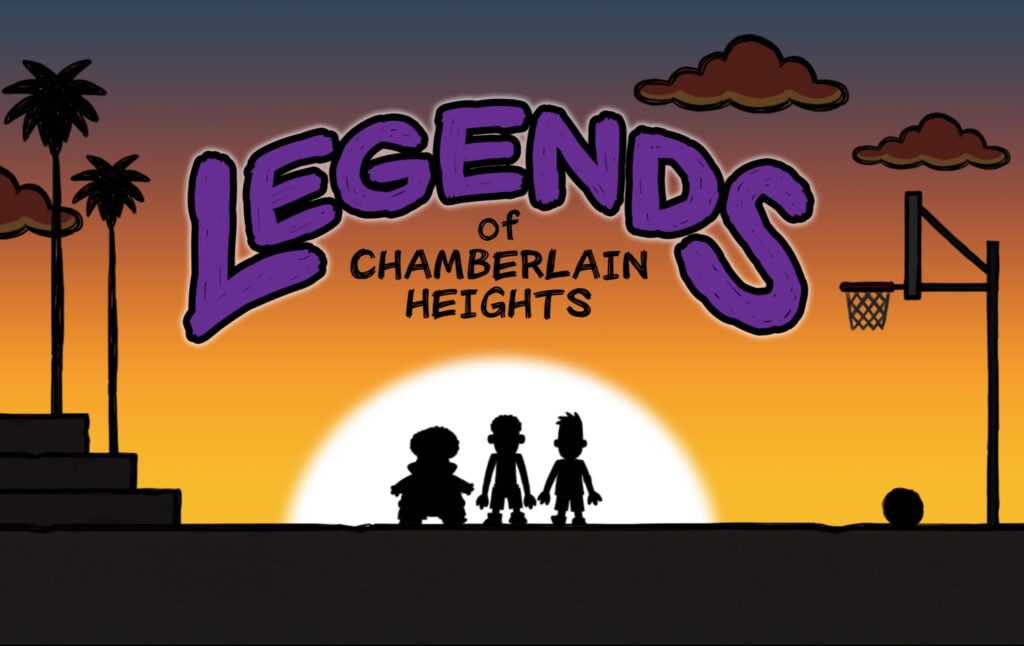