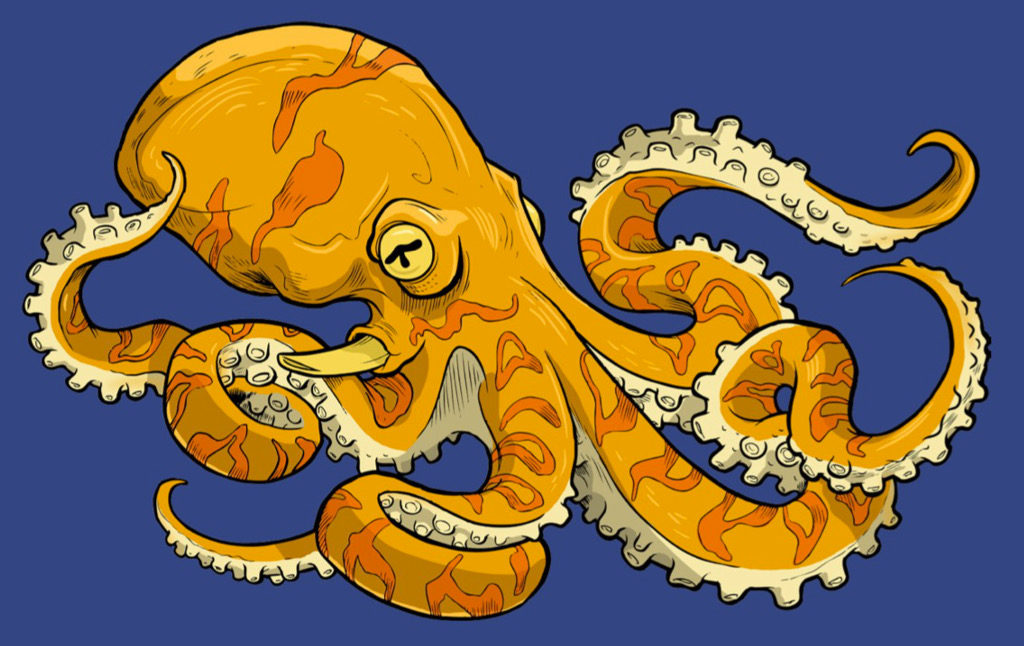 The animal kingdom is more egalitarian than you think!

The animal kingdom is often thought of as brutally Darwinian: a world of predatory, bloodthirsty self-interest. And certainly there are creatures, like the common American lobster (Homarus americanus) that do indeed act like total selfish assholes. But many animals have actually taken impressive steps toward the establishment of fully socialistic societies. Here, Current Affairs offers you a guide to the egalitarian, worker-friendly ethics of several common species. 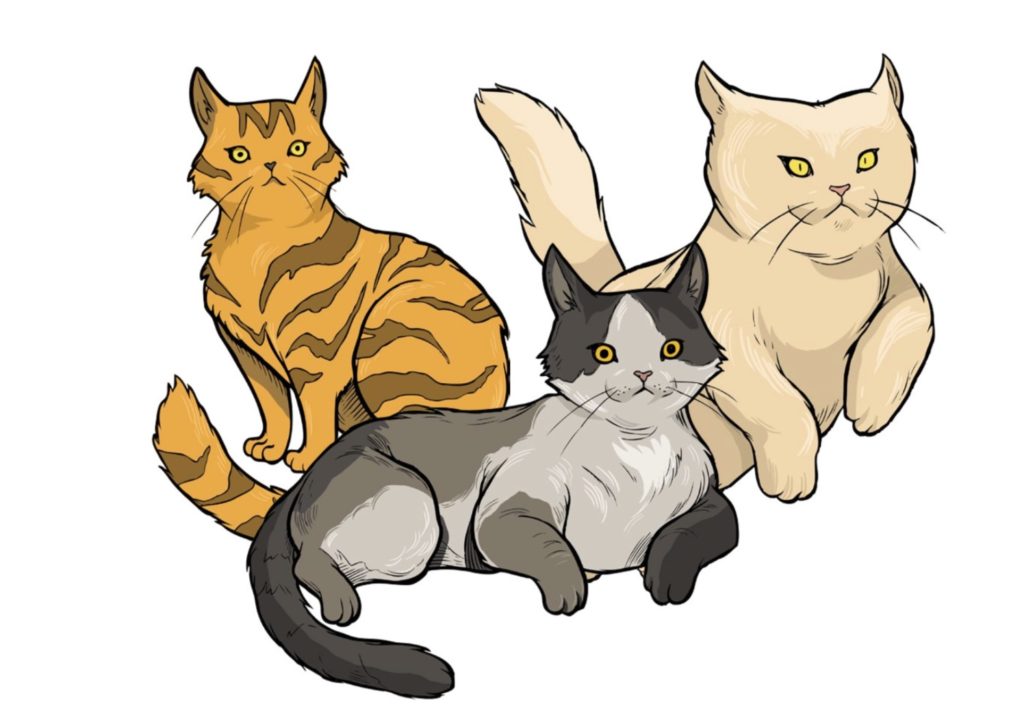 Often mistakenly identified as libertarian in character, the common domestic cat displays many characteristics more aptly described as socialist. When not confined to an artificial, atomized environment such as a house or apartment, cats naturally form complex, mutually co-responsible colonies. Individuals retain highly independent and even snobbish behaviors, often leading to factionalism within the colony, or even full-blown schisms. Additionally, cats belong to the labor-reductivist behavioral niche: once basic bodily needs have been met, the domestic cat shows little interest in empty work for work’s sake. 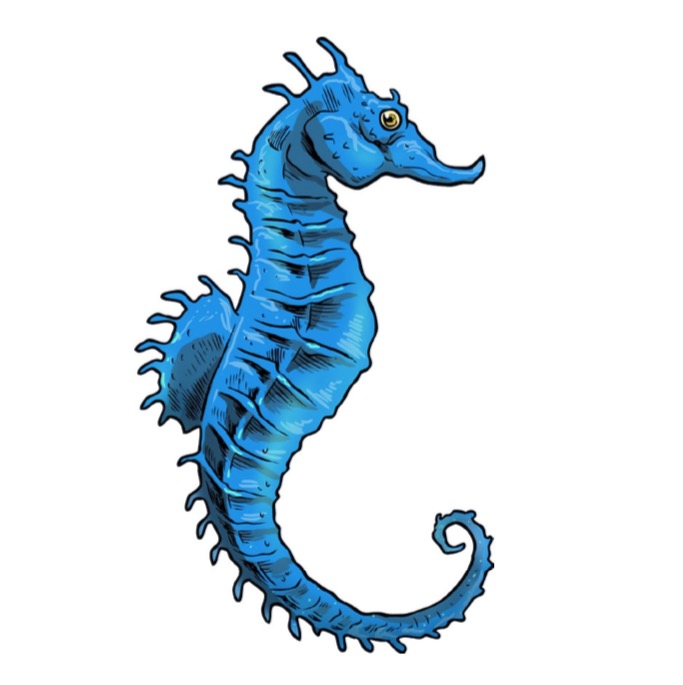 There are over 50 species of seahorse, all of which display remarkable gender equality. After engaging in an elaborate and respectful series of courtship dances, impregnated males carry the eggs to term. Many individuals are gay, bisexual, or otherwise radically queer. Monogamy is practiced by some individuals, but without the oppressive institution of state-sponsored marriage. With no power hierarchy, seahorses could be said to form the most purely socialist societies on the planet.

PREFERRED HABITAT: Under the sea. They do not thrive in zoos, aquariums, or straight bars. 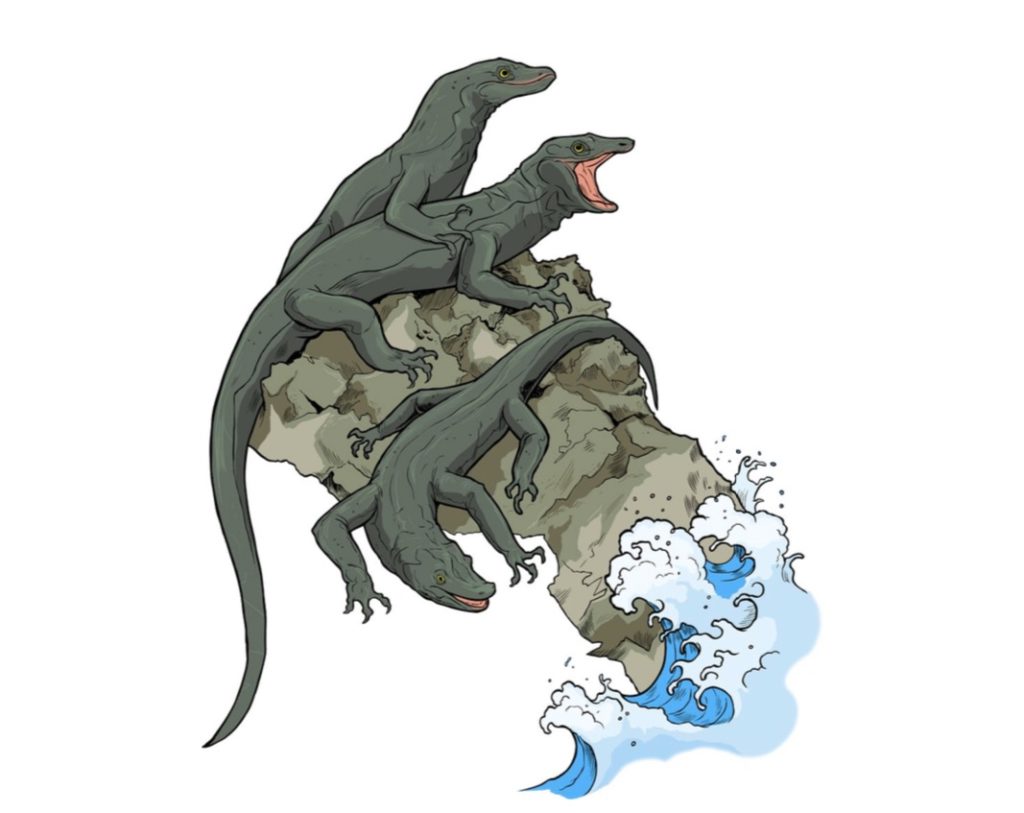 Western liberal societies have long been terrified of the Komodo dragon to an extent which may appear disproportionate to their actual qualities as predators. But Komodo dragons do in fact represent a considerable threat to the status quo. Unlike other reptiles, Komodo dragons hunt in groups. They rarely let go of the historic crimes of their oppressors, and have been known to dig up human graveyards to gnaw on the bones. Their bite—and their wit—is highly toxic. One scathing article from the pen of a Komodo dragon can permanently damage a columnist’s career. Having descended from extinct species that were likewise terrifying to criminally unequal societies, Komodo dragons may someday evolve into their full potential and finally devour capitalism.

PREFERRED HABITAT: Hot, dry environments, including grasslands and low-lying tropical forests. Komodo dragons are not afraid of fences, and display no respect for private property.

RANGE: Confined to small spaces, both in the real world and online. 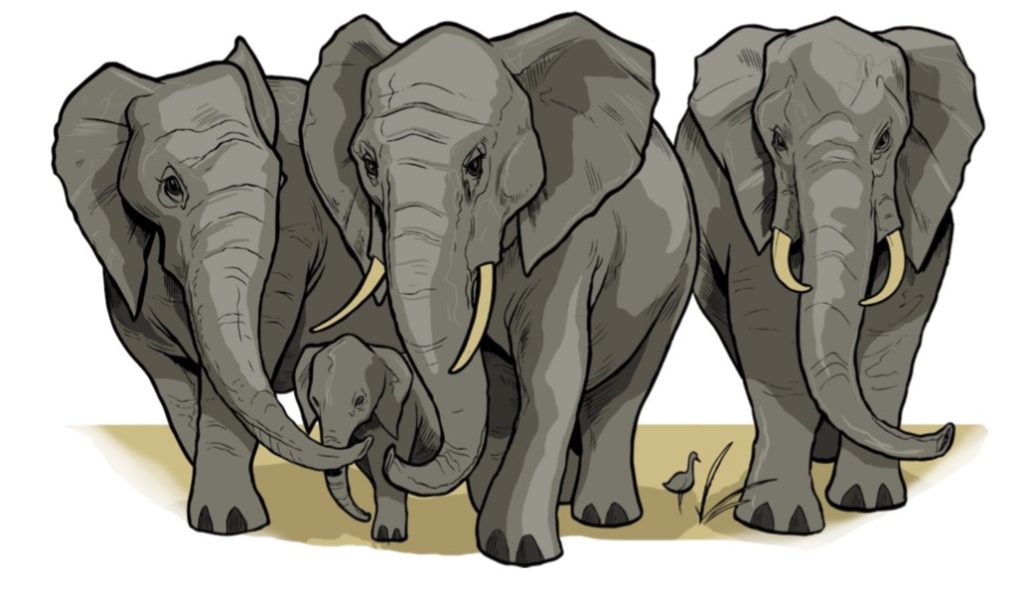 Proudly matriarchal, elephants form organized herds of 8-100 (mostly female) individuals. They share communal care labor, and kick out males when they become sexually aggressive and brocialist. Their matriarchal character, gentleness, and herbivorous diet have led many male researchers to conclude that elephants are harmless. However, new research has revealed that elephants have a secret form of sub-sonic communication, producing deep rumbles at a frequency too low to be heard by the human ear. It is possible that the revolution is coming, and when it arrives it will be in the form of a sudden stampede.

RANGE: Africa, Asia, and zoos around the globe where they chew thoughtfully and stare at humans with cool, unfathomable eyes.

STATUS: Endangered, but biding their time. 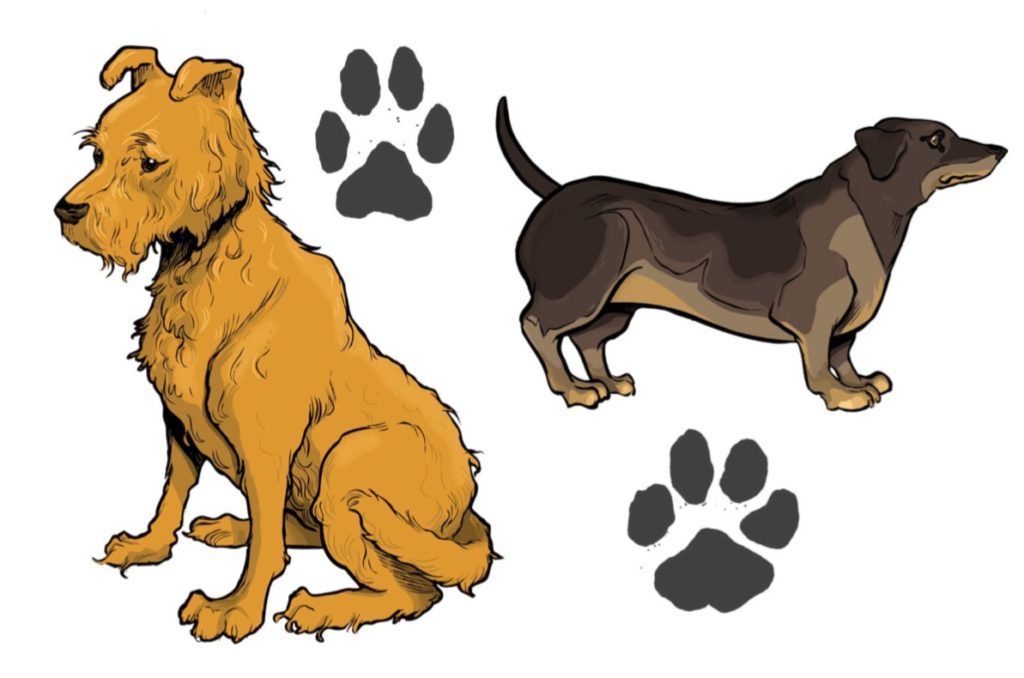 The scientific community is bitterly divided on the socialism of dogs. While dogs display socialized pack behavior, they are also known to have authoritarian tendencies, and may be easily led by dominant personalities. A number of studies conducted in Greece indicate that dogs sometimes attach themselves to leftist student protests (see Skilos M, Kyon TH. “Are Greek Protest Dogs the World’s Best Dogs?”) Other studies, however, show that many police departments throughout the world employ canine units; ergo, some dogs are literally cops. Are dogs true socialists, or reactionaries who will betray the revolution when the time comes? The research continues.

PREFERRED HABITAT: Alongside humankind. Dogs prefer to be part of the masses, whether the masses are fighting for justice or surrendering to the will of the state. 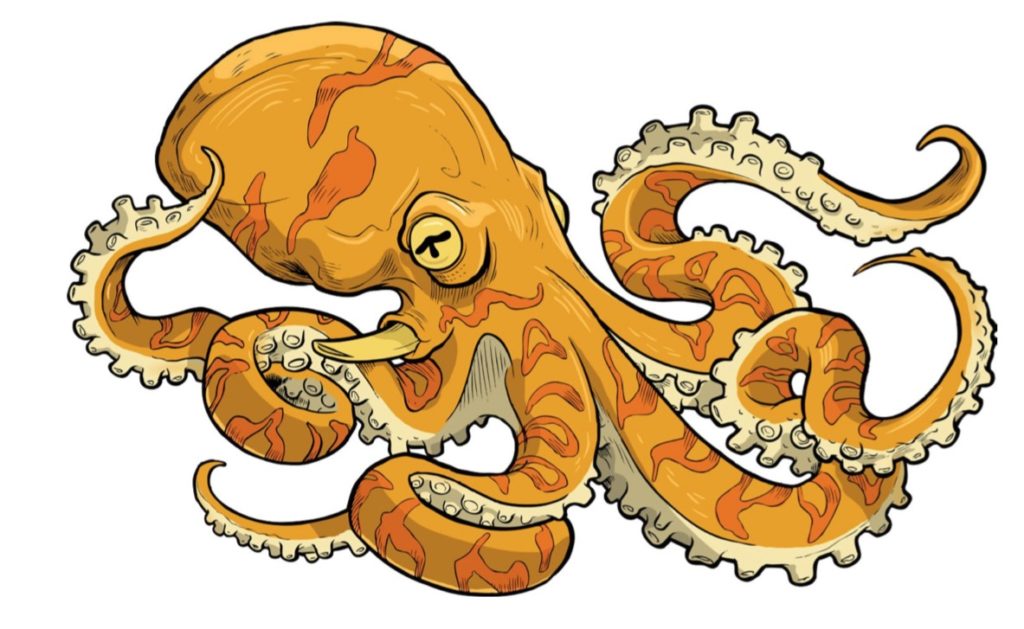 The 300 species of order Octopoda tend to be intelligent, playful, and restless. They have a great dislike of systems, and have been known to escape from zoos with daring regularity. All octopuses are anti-prison advocates, and generally hostile to law enforcement. When confronted by authorities they will disappear in a blaze of ink and insults. If faced with a needless bit of technological frippery such as an undersea camera or a miniature robotic submarine, they will take it apart, piece by piece, just to make a point.

PREFERRED HABITAT: Under the sea. Some biologists hypothesize that the open ocean is generally more conducive to socialism (see Seahorse; Manatee).

RANGE: Worldwide, including the abyssal depths of freedom. 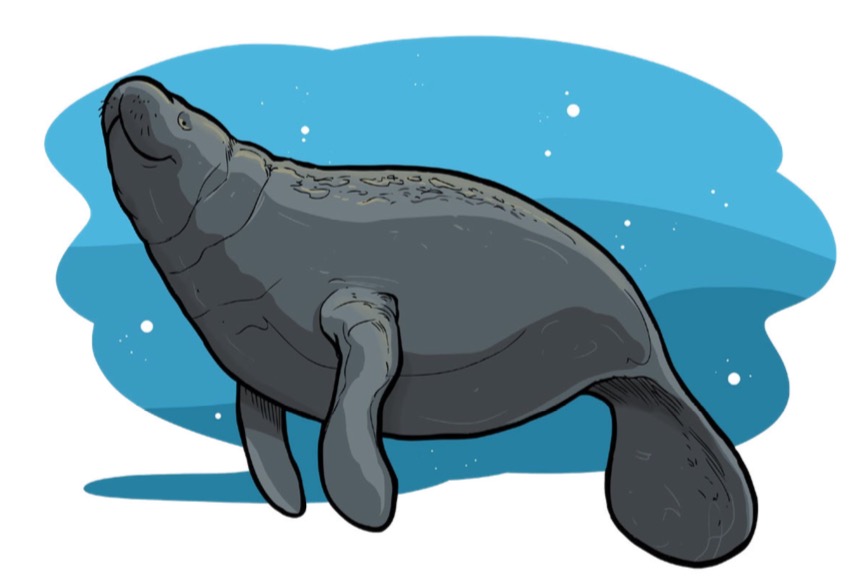 The manatee—commonly referred to as the sea cow—is the most socially responsible of all animals. Peaceful, slow, and majestic, the manatee is both a confirmed vegetarian and a gourmand, chewing thoughtfully on a diverse variety of water plants for up to seven hours per day. While some humans consider the manatee mermaid-like and beautiful, others have labeled them funny-looking. Manatees themselves are indifferent. They have evolved beyond the artificial beauty standards imposed by consumer capitalism.

RANGE: Shrinking due to climate change, a byproduct of capitalism.

STATUS: Threatened, but could swiftly bounce back under full socialism. 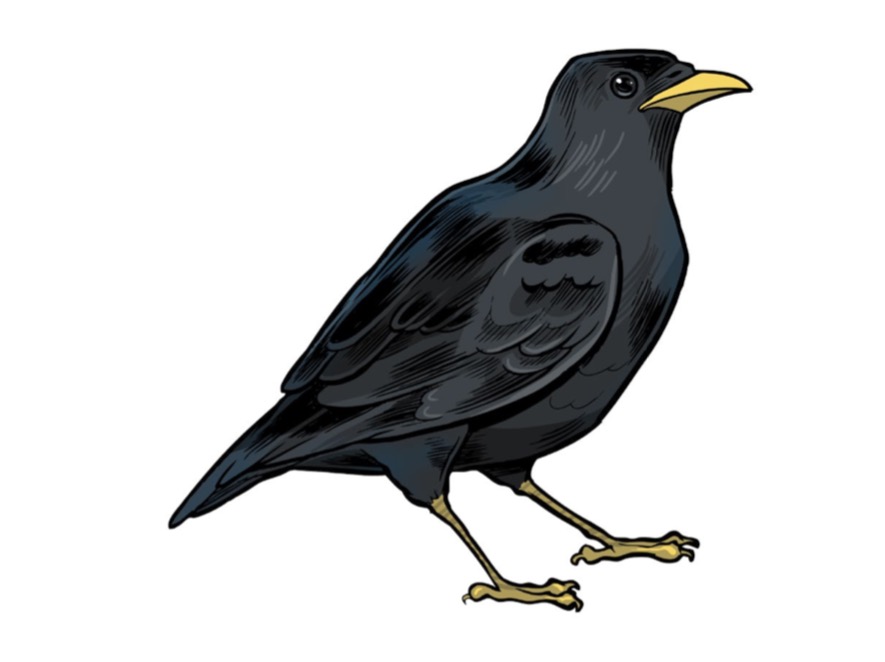 Crows have consistently ranked highest on the Schulmann-Kazmir Sassy Animal Scale. Talkative, prankish, and fond of memes, crows enjoy living alongside human habitations. The crow population increased dramatically along with the growth of the proletariat, and, much like their historic human compatriots, crows have proven experts at turning the side effects of capitalism into useful tools. Many institutions consider crows to be a nuisance animal because of their tendency to commit private property damage and their general sassy disrespect for authority (see Schulmann-Kazmir scale, above).

PREFERRED HABITAT: Large communal roosts, lined with the repurposed garbage of consumer capitalism. They enjoy going through your trash and mocking all your wasteful, meaningless choices.

RANGE: Worldwide, including world mythology, in which they frequently appear as anti-authoritarian tricksters, or as omens of death, change, and transformation.

STATUS: Permanently laughing at you.

Text by Lyta Gold. Illustrations by Nick Sirotich. You can buy “The Current Affairs Guide to Socialist Animals” as a poster in our online store. 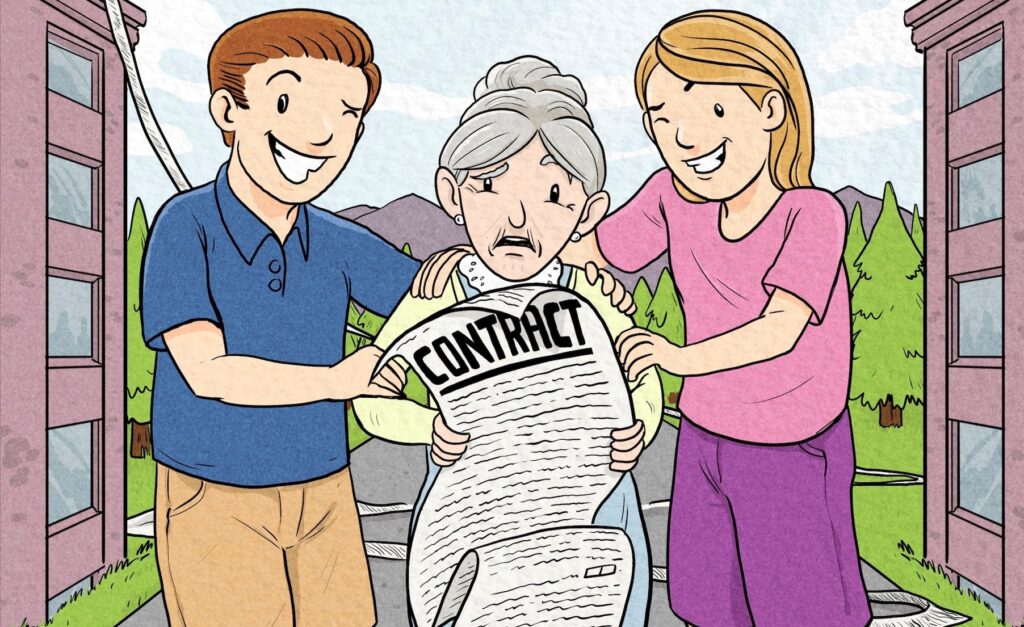 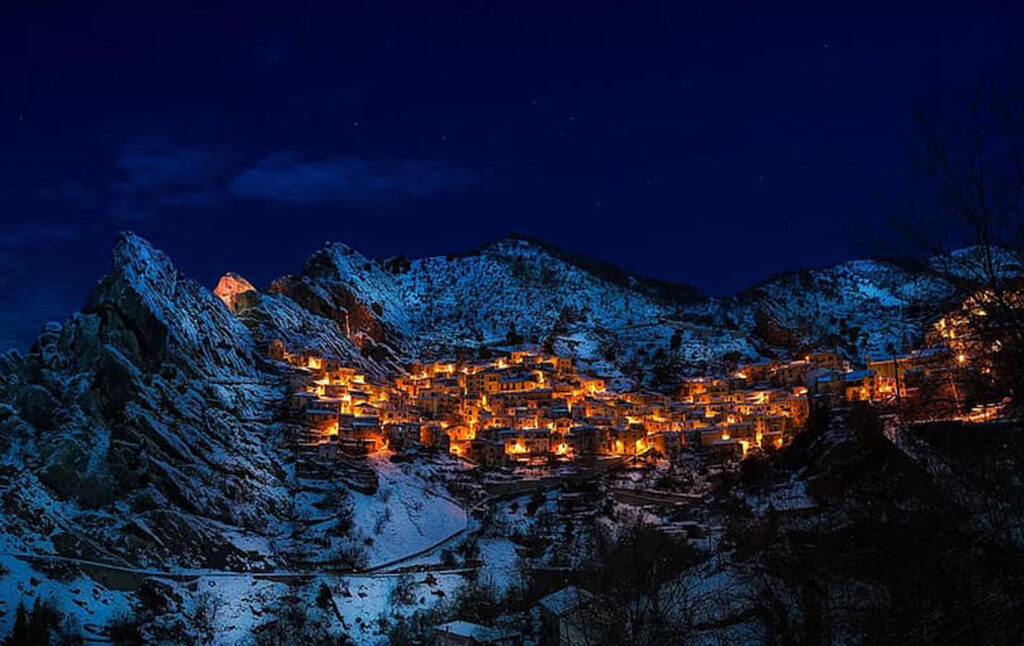 The Lights Blink Out One By One 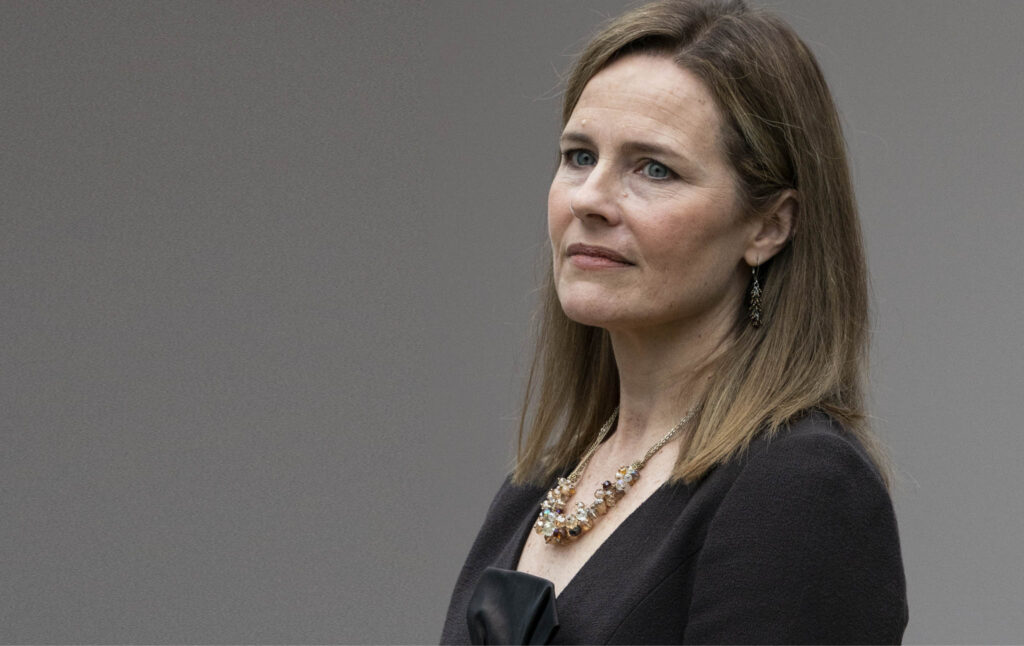 Why Amy Coney Barrett Should Not Be On The Supreme Court 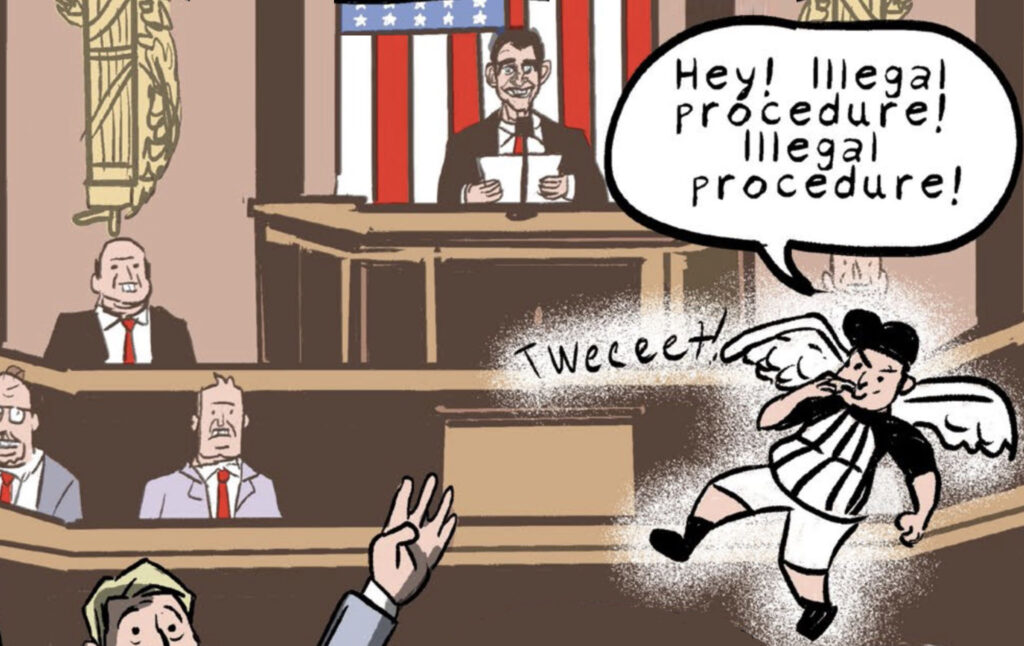 There Is No Invisible Referee