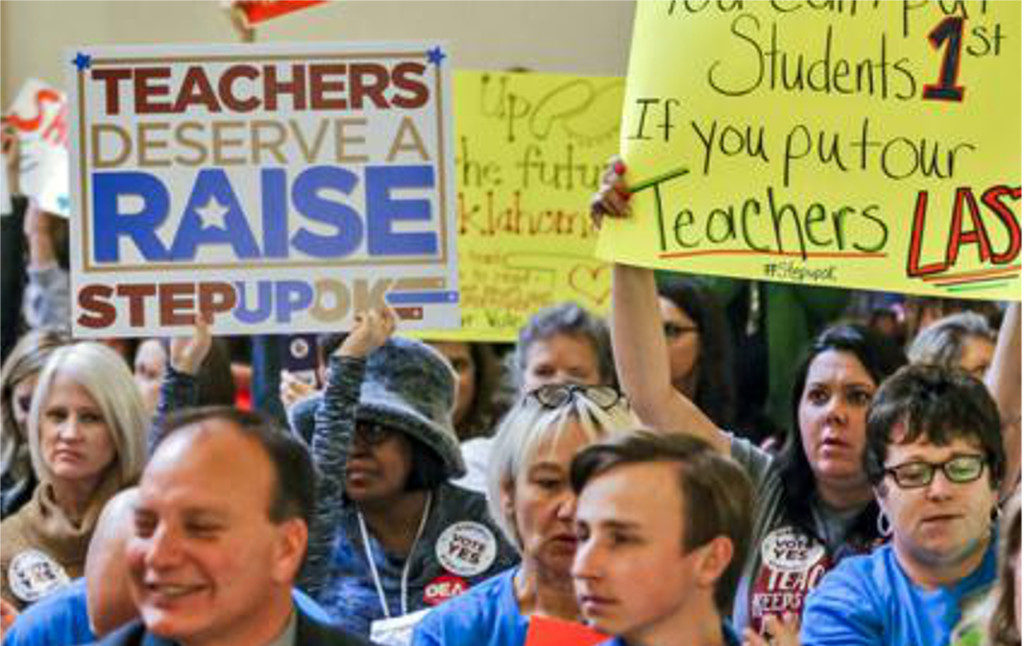 Oklahoma’s teachers give us lessons on political action…

As the school walkout enters its second week, the teachers picketing for Oklahoma’s future show little sign of relenting. And why should they? They spent the last decade enduring staff reductions, compressed weeks, and declining take home pay—even as the economy slowed and healthcare costs soared. Unsurprisingly, turnover is high. In fact, things are so dire that the state is running out of board-certified teachers for its classrooms. To make up for the shortfall, the Oklahoma State Board of Education resorted to approving 1,429 emergency teaching certifications, up 23 percent from the previous academic year. And sadly, the situation isn’t much better for other state employees who can relate to having their wages remain flat for the last decade. The round of aggressive income tax cuts passed in 2004—an upward redistribution bill that cost the state $1 billion in revenue, including a whooping $356 million in education funding, every single year—wasn’t intended for them. Less than 10 percent of the cuts flowed to the bottom half of Oklahoman earners. And while public servants are being asked to do more with less, the oil and gas industry continues to reap the benefits of the most generous corporate tax breaks in the nation.

After a decade marked by economic regress at their expense, the teachers movement’s demands seem modest and fair: $10,000 in teacher pay raises over the next three years, $5,000 for support staff, a cost of living increase for retired teachers, and the restoration of $200 million in cuts to the education budget. In solidarity with their non-teaching peers, the teachers also demand $143 million to benefit state employees, an additional $256 million in healthcare funding, and a tax on the hospitality and gambling industries to help pay for it all.

The teachers appear steadfast, having already rejected a counterproposal by the Republican legislature to raise their salaries by $6,100 and support staff’s by $1,250. Seven schooldays in and counting, the teachers continue to hold out. Despite her constituents’s overwhelming support for the walkout until the demands are met, and an apparent deep comfort with drawing her own $143,000 salary from the public purse, an increasingly irate Governor Mary Fallin stoked the flames by comparing the teachers to entitled teenagers asking for a better car. Not to be outdone, Trump’s Education Secretary soon followed with her own patronizing contribution. “We need to stay focused on what’s right for kids,” Betsy DeVos told the Dallas Morning News, adding that she hoped the teachers would “serve the students.”

Of course, Secretary DeVos is off the mark yet again. By walking out, Oklahoma’s teachers are serving their students. Paying a living wage to attract and retain qualified educators will directly benefit students. And so will having smaller classes equipped with up-to-date learning tools to accommodate a diverse student body, including a growing number of children with special needs. But more than that, the walkout is a rich lesson itself.

It’s a lesson in civics. Politics are as much a verb as they are a noun. It is not merely enough to know who we think should get what, when, and how, while passively allowing a handful of wealthy and well-connected folks decide for us. Politics is not the stuff left to dead Greek philosophers and second-generation British settlers in wigs. Sometimes it asks us to restore balance towards the most vulnerable; sometimes it requires us break some rules; sometimes it requires us to force the hand of power. Politics can be uncomfortable, slippery, intense. But it’s ours, as much as it’s theirs.

It’s a lesson in courage and sacrifice. Walking out is far from being the safe choice. In Oklahoma, public school teachers are not allowed to strike (which why throughout this piece, the action isn’t referred to as a strike). Though the strength of their movement’s numbers has made a mass firing unlikely, the possibility of repercussions looms large. Each day that teachers opt to return to the Capitol instead of their classrooms requires trusting that their colleagues and the public will stand behind them one more day; that negotiations won’t stall and enthusiasm falter; that the age after the walkout will be better than before the walkout. There are times in our lives when risking the little we have is worth it. And if those who we hope will have something to gain from our risks have been on the losing end of every deal in the last ten years, then that’s even better.

It’s a lesson in applying feminist values. In Oklahoma, almost 80 percent of schoolteachers identify as women. As has been widely reported, the pay gap between genders persists. But in Oklahoma, where on average women make 79 cents for every dollar men make, the gap is worse than it is nationwide. A number of factors contribute to this inequality, including the fact that typically women negotiate starting salaries far less aggressively than male workers. Yet, for the last few days, thousands of women have been rallying en masse and negotiating with a firm hand for pay raises and better work conditions. In an economy poised to increasingly ask these children to expect less from their employers and government, it is all the more powerful for women to lead these walkouts.

And it’s a lesson in solidarity, too. When the legislature tried to quell the protests with an offer to raise salaries for the teachers only, the teachers chose to hold out for a better deal that’d include state employees and the retirees whose pensions they’d like to see increased. By refusing to accept terms that left their peers in the dust, the teachers are showing their students what it means to take a stand for one another.

Oklahoma’s motto—labor omnia vincit—might be “work conquers all,” but these children are lucky to have teachers willing to stand steadfastly together against a harmful ethic of work at all costs. In the best of worlds, the values these brave teachers are demonstrating will serve their students long after their schooling days are over for good.

If you appreciate our work, please consider making a donation or purchasing a subscription. Current Affairs is not for profit and carries no outside advertising. We are an independent media institution funded entirely by subscribers and small donors, and we depend on you in order to continue to produce high-quality work. 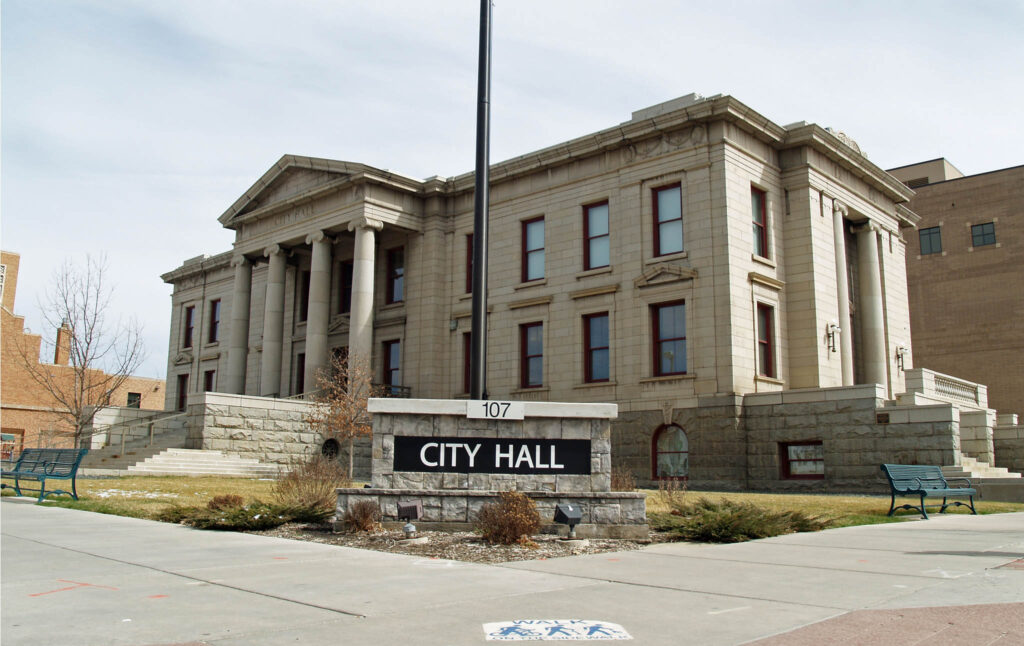 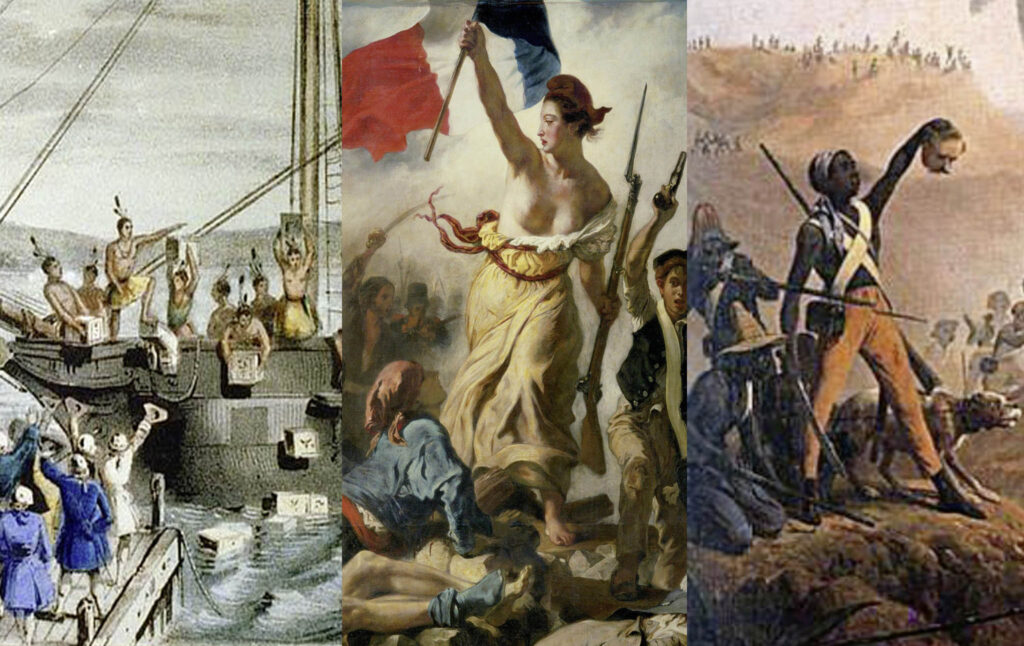 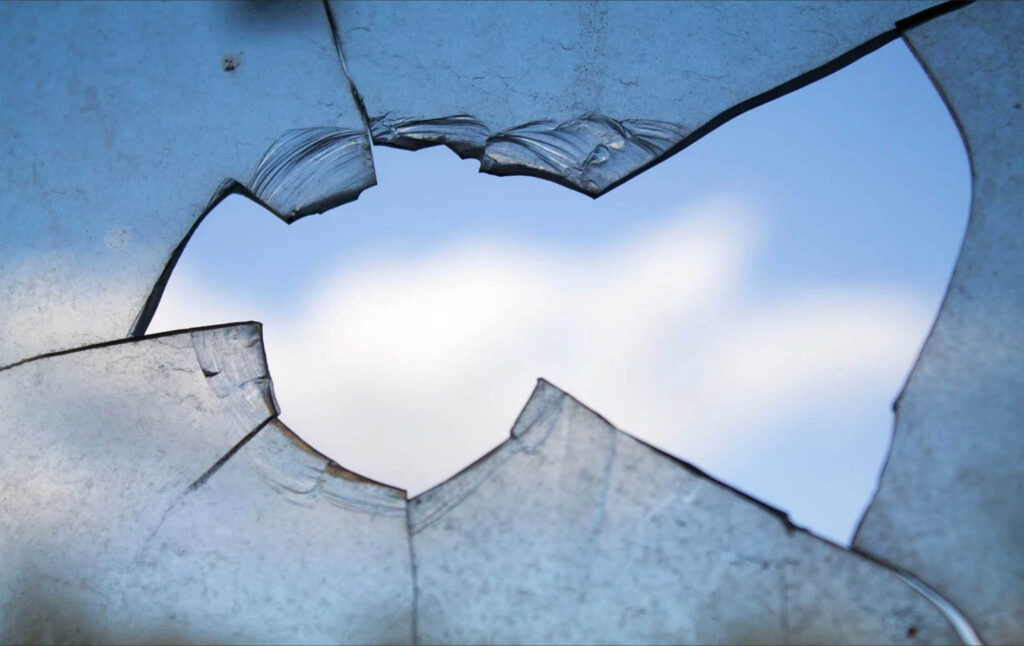 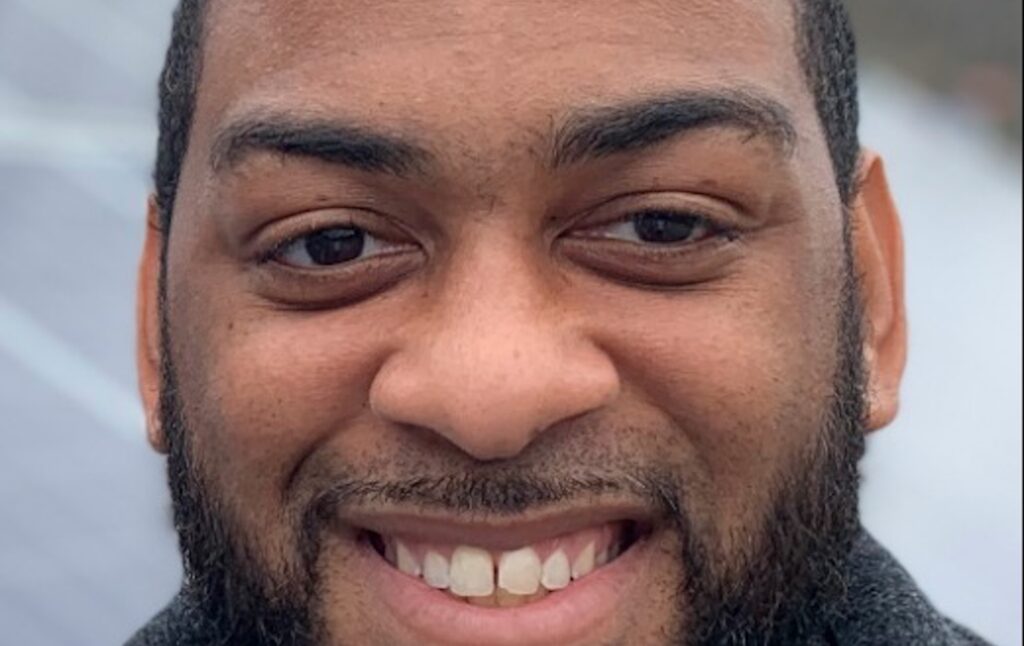